February 2020 District Court Ruling Against the Oklahoma Water Resources Board 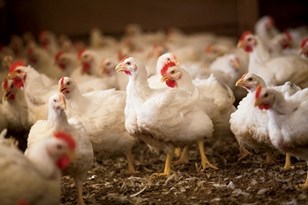 'What a win': Chicken farm permit revoked; impact of Oklahoma Water Resources Board case yet to be determined By Kelly Bostian Tulsa World Feb 26, 2020

After a Friday court ruling in Delaware County, only the fate of the chickens involved is clear at this point.

District Judge Barry Denny’s ruling against the Oklahoma Water Resources Board’s issuance of successive temporary permits that allowed construction of a chicken farm to raise up to 300,000 birds at a time for nearly a year is under discussion between attorneys on all sides.

A temporary injunction issued recently by a Delaware County judge put a halt to what appears to have been a pattern of wrongdoing at the Oklahoma Water Resources Board.

The agency issued successive provisional temporary water permits for a concentrated poultry feeding operation in Delaware County. In doing so, it deprived neighboring property owners their due process rights by delaying — thus denying a formal hearing after they protested the contract growers’ application for a temporary water permit.

An assessment of the conduct of the Arkansas industrial chicken farmers as described in the order issued in February by Delaware County District Judge Barry V. Denney makes it clear there was an assumption water would be available despite those protests. OWRB officials violated the agency’s rules to ensure the poultry industry’s contract growers could access water to which they had no legal right.

Chau Tran and Donna Nguyen are two of many contract growers who supply chickens for the poultry industry, a large part of which is located in northwestern Arkansas. In December 2017, they applied for a temporary permit to withdraw 50-acre feet of groundwater to service a concentrated poultry feeding operation capable of churning out 300,000 birds about every 10 weeks.