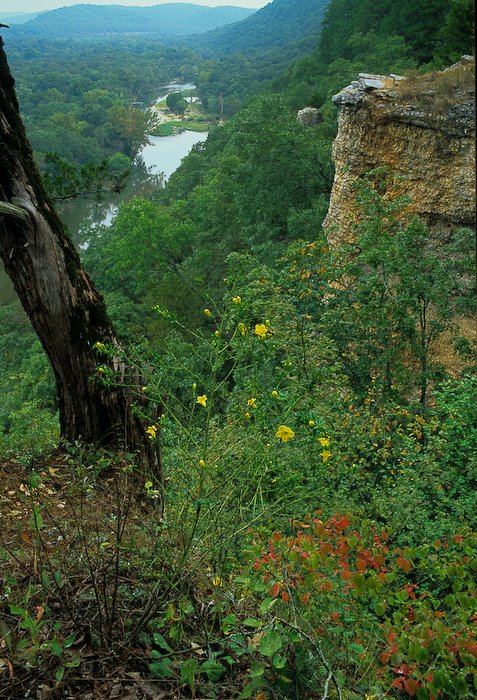 Did Oklahoma Just Shoot Its Own Foot, Again?

Sometimes, Oklahoma is its own worst enemy in protecting our scenic rivers and lakes.  Take a look at the recent editorial in the Northwest Arkansas Democrat Gazette about the raging dispute over Northwest Arkansas sewage treatment facilities.  Just when we apparently have the support of the U.S. EPA in upholding Oklahoma's water quality standards, we shoot our foot off. Oklahoma conservation agencies objected to new permits for a regional sewage plant and for Springdale, Arkansas, both of which discharge into a tributary of the Illinois River.  The U.S. EPA and STIR also objected to the permits because the phosphorus limits for the facilities would violate Oklahoma's water quality standards.

Over the years, there have been several instances of elected Oklahoma leaders, state and federal, siding with Arkansas in opposition to river protection efforts and on the side of poultry corporations.  This has been very disheartening.  The latest case of wounding ourselves comes from Oklahoma Secretary of the Environment Kenneth Wagner, who seems to have pulled the rug out from under his own agencies as well as the EPA.  Secretary Wagner is a former Trump administration EPA official. Our detractors in Arkansas like to take advantage of our failures to understand how high the stakes are in preserving the Illinois River and Lake Tenkiller.  Despite what the editorial states, Arkansas has not done enough to protect the Illinois River, yet. Yes, the cost of removing phosphorus from sewage is high.  However,  other cities, and in the case of the regional treatment facility in question, are doing it now.  The poultry companies and Walmart, both responsible for the tremendous growth in Northwest Arkansas, could write the check today.

The Walmart Family Foundation must think the Illinois River is worth safe guarding or it wouldn't be spending millions of dollars on the whitewater park at Watts, Oklahoma. Conservationists have often compared Illinois River protection to a battle or to war.  I don't feel that it is overly dramatic.  It is a war and it is often a daily battle to preserve our best waters for future generations.

On this day, the 78th anniversary of the invasion of Normandy, I am reminded of how high the stakes are for the future of our scenic rivers and lake Tenkiller. Thank God America and General Dwight D. Eisenhower had the leadership of men with backbone, including Commander and Chief Franklin D. Roosevelt, General George C. Marshall, General Omar Bradley, General George Patton, and Field Marshal Bernard Law Montgomery.

We respect the fight to keep rivers clean. But when Oklahoma's environmental agency drops its objections, doesn't that suggest the Arkansas permits are doing just that?...editorial below.

Advocates in Oklahoma push for costly measures by NWA Democrat-Gazette

Water, like air and covid-19, knows no boundaries. Water will obey the laws of gravity and resistance, but it will find its way eventually. That's why here in the Ozarks, nature lovers can visit a Newton County waterfall that cascades through -- not over -- rock, falling through an eroded hold to a cavern below. While a lot of folks appreciate creeks, streams and rivers for the beautiful waterways they are, it's sometimes easy to forget why they exist in the first place. Simply put, they're drainage. When it rains, some of the water soaks into the ground, but most of it runs off the land, seeking low points. The water trickles, then pours, pursuing the path of least resistance ever downward.

Wherever one accesses water -- for drinking, for bathing, for recreation, for irrigation -- it's healthy to keep in mind that every drop has made a journey from someplace. Really, from all over. For instance, Beaver Lake's is formed by water collected from an area of more than 759,000 acres, stretching from near the Missouri line near Gateway south into Franklin County and east to the Boston/Pettigrew area. It's western side covers just a bit of eastern Rogers, Lowell, Springdale and down through parts of Fayetteville, West Fork and Winslow. As that water makes its journey, it carries with it loads of mankind's waste.

A lot of people don't realize how much of the "Big Four" cities of Benton and Washington counties, as well as much of those counties' western territories, don't drain into Beaver Lake. As though taking the advice of Horace Greeley, those waters go west. One Arkansas-focused map of that watershed -- feeding into the Illinois River -- stopped at the state's western border. Our friends in Oklahoma might feel better if only that were an accurate depiction. The Illinois River watershed, however, does flow west, over toward Tahlequah and into Lake Tenkiller before the water makes its way to the Arkansas River, which flows back eastward, into our state.

That bit of hydrologic history sets up the challenges Northwest Arkansas faces today and explains its sometimes tense history with the state of Oklahoma for decades. It requires no spoiler alert to say Northwest Arkansas is growing, by leaps and bounds. When the two-county area is home to more than a half-million people, with projections of hitting 1 million within the next 25 years, water pollution concerns are a natural result. Without being too indelicate, all those thousands of people require a lot of sink drains and toilets. And it requires a lot of sewage treatment to remove harmful materials before the water used for waste collection is returned to the environment.

Naturally, Northwest Arkansas communities have an obligation and a self-interest in making sure what it puts back into nature isn't a contaminant, so they spend millions every year to clean up its waste. Conflict arises between the Northwest Arkansas communities and environmental interests in Oklahoma over how much is enough. Recent wastewater treatment permits have been issued to the city of Springdale and to the Northwest Arkansas Conservation Authority in Bentonville, which treats wastewater from Bentonville, Elm Springs and Tontitown. Most of the region's larger communities have contracts to treat some of the smaller cities' sewage as well. The culprit of concern is, most often, phosphorus, excessive levels of which will promote the growth of algae in waterways. That can harm water clarity, fish and wildlife. Certain forms of algae can sicken people if they swim in it or drink it.

It's in everyone's interests to maintain clean waterways in Northwest Arkansas and in Oklahoma. The ongoing, and apparently intensifying, argument boils down to how clean is clean enough. In Springdale's situation, a discharge permit issued by the state set a monthly average of 1.0 milligram of phosphorus per liter of wastewater. In the conservation authority's case, the state permit sets a future limit of 0.35 milligram. Both systems empty into tributaries of the Illinois River. The Environmental Protection Agency says both plants should be limited to 0.1 milligram per liter, which in Springdale's case is 10 times more stringent. In the authority's case, it would be 3.5 times more stringent.

When the question is how clean should the discharge be, the first-blush answer is "As clean as possible." But there's also a balancing act that places economics on the other side of the scale. In the world of wastewater treatment, bridging those gaps can cost tens of millions of dollars, all coming from Northwest Arkansas ratepayers. It's a bit like an insurance company replacing a car after a wreck: Is a fair replacement for the wrecked Honda Accord a similar mid-sized vehicle or a top-of-the-line Mercedes or a Ferrari? The economics matter.

From our perspective, it appears Northwest Arkansas treatment plants have done an amazing job investing in the technology necessary to get their discharges incredibly low on the phosphorus scale. In January, the Oklahoma Department of Environmental Quality withdrew previous objections to the new permits. Now, Arkansas has sued the EPA, claiming the federal agency is going too far and waited far too late -- after permits were issued -- to pursue objections. Advocates in Oklahoma for the Illinois River suggests the permits issued in Northwest Arkansas have never been low enough on the question of phosphorus. As more treated water is released at current levels, it will mean more phosphorus in the Illinois River, a spokesman said. We respect the fight to keep rivers clean. But when Oklahoma's environmental agency drops its objections, doesn't that suggest the Arkansas permits are doing just that?

The cities in Northwest Arkansas have a responsibility to protect the environment, but it doesn't need to pay for unnecessary treatment that costs millions. That's money drained from the region's economy and out of the pockets of ratepayers. Let's pay for what's needed, but Illinois River advocates don't get to demand a Ferrari when a well-equipped Tesla gets the job done.

PLEASE REMEMBER TO RENEW YOUR STIR MEMBERSHIP FOR 2022 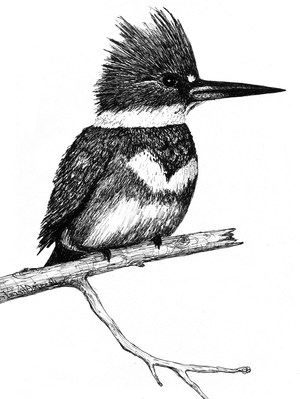