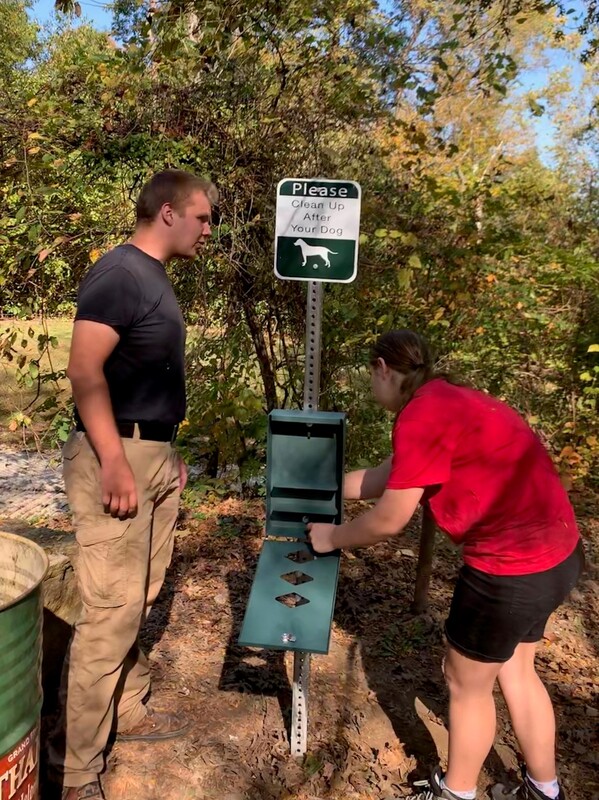 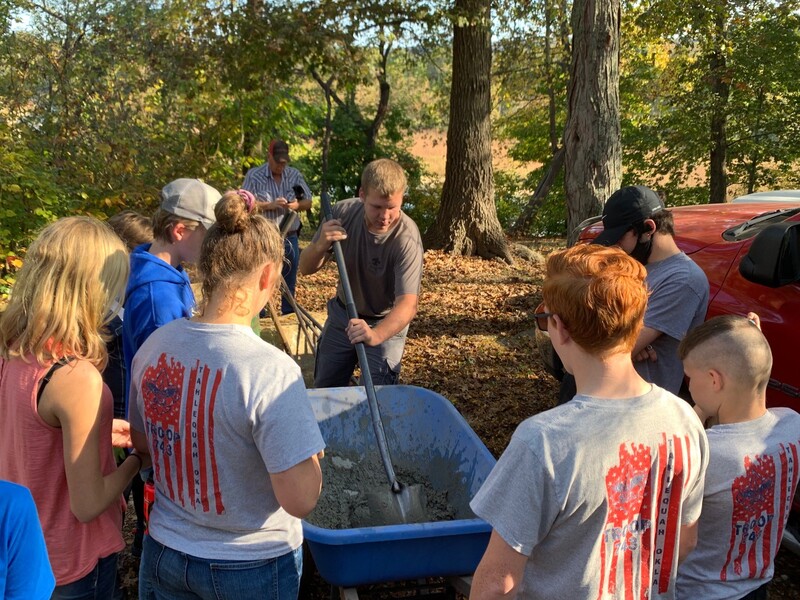 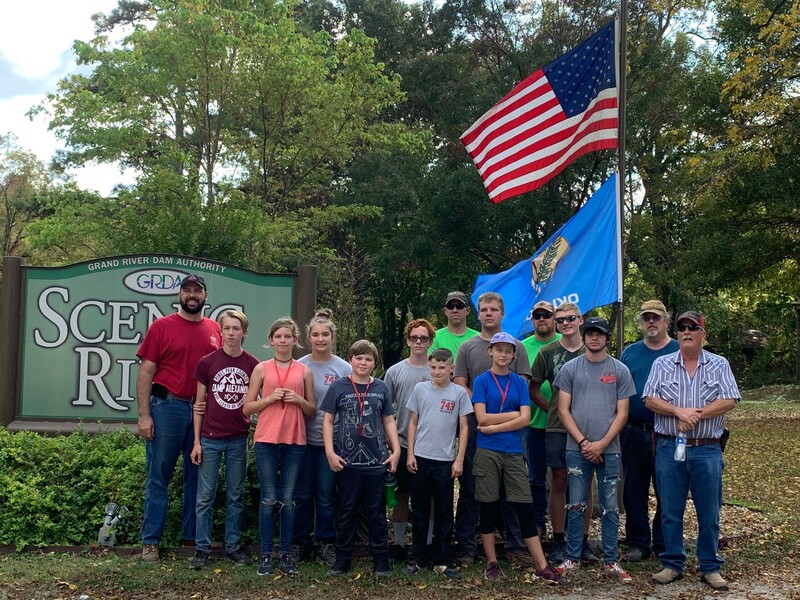 Save the Illinois River, the Grand River Dam Authority, and the Boys Scouts of America teamed to place pet waste disposal stations along the Illinois River in October, 2020.  The following article appeared in the Tahlequah Daily Press.  Photos are by Eagle Scout Parker Whisenhunt of Tahlequah.  The anti pollution equipment has been placed through out the Illinois River watershed by STIR.


Tahlequah resident Parker Whisenhunt, 17, has been in Boy Scouts of America for 13 years, and he recently finished the work for his Eagle Scout Service Project.

The Eagle rank is the highest award available to youth Scouts through the BSA.

“It’s helping me with good work ethic and skills, as well as being a better citizen the rest of my life,” said Parker, a member of Tahlequah Boy Scout Troop No. 743. “Eagle Scout projects help the community in some way. It’s people volunteering and helping out.”

A Tahlequah High School junior and football player, Parker has been working since at least May on the project. With assistance from other Scouts and leaders, Grand River Dam Authority, and those who donated materials, Parker installed pet waste stations and bluebird houses at four Illinois River Public Access Points: Round Hollow, Stunkard, Edmondson, and No Head Hollow.

“Bluebirds take care of pests, like mosquitoes. They also draw in people with their beautiful colors,” said Parker. “With COVID, people are starting to go to places and come out of their houses, and the river is a busy place. This encourages people to pick up after themselves and their animals.”

According to the BSA, “since 1912, the Eagle Scout rank has represented a milestone of accomplishment.”

To fulfill the needs of Eagle rank, the following requirements have to be completed before the Scout's 18th birthday: active participation, Scout spirit, merit badges, position of responsibility, service project, and unit leader conference. Scouts are to use the Eagle Scout Service Project Workbook to keep all details of the project together, and some councils require they be turned in.

Parker said has helped other Scouts with Eagle projects, such as at the Tahlequah Men’s Shelter.

“Mr. Whisenhunt brought these ideas to GRDA and we are appreciative of his concern and commitment to the river, and helping to preserve it and provide these houses,” said Justin Alberty, GRDA vice president of corporate communications. “GRDA was proud to play a small role in helping to make it possible at the access areas, along with other individuals, like Mr. Wayne Kindell from Tahlequah, who also donated items for the project.”

Kindell is a retired Tahlequah High School math teacher and coach. He built from scratch and supplied six-eight bluebird houses.

The four pet waste station kits and a supply of bags were provided by Ed Brocksmith of Save the Illinois River Inc.

BSA Troop No. 743 is chartered through and meets at First Baptist Church Tahlequah. The group also has an all-female troop, which Parker’s sister is in. Other Scouts are also working toward Eagle rank.

“While the troop has produced a number of Eagle Scouts, they’ve more-importantly developed a number of young men and women into quality citizens now involved in the betterment of the lives of other young people and Tahlequah-Cherokee County area,” said Alberty, who added that 2020 is the 50th anniversary of the passage of the Oklahoma Scenic Rivers Act. “We hope these new bird houses and pet waste stations can be viewed as another way that the commitment to caring for the river and access areas continues on, even after half a century.”