The first public meeting on the 2017 Illinois River Watershed Memorandum of Agreement will be held at 10:30 a.m., Nov. 7 at West Siloam Springs, Arkansas at the Cherokee Hotel and Casino Conference Room.  The public is invited to attend the meeting but will not be permitted to comment during the meeting.  Previous discussions on the MOA have been held in private telephone conference calls between state regulatory agencies. You are urged to attend this meeting Thursday. Here is the Nov. 2017 agreement  Arkansas and Oklahoma governors signed on Illinois River watershed protection.  The MOA was initiated after the EPA said it would not perform a Total Maximum Daily Load (TMDL) pollution study of the Illinois River and Lake Tenkiller.  The MOA followed meetings between the former Oklahoma Secretary of Environment Michael Teague and member conservation organizations of the Conservation Coalition of Oklahoma including the Sierra Club, Trout Unlimited and Save the Illinois River (STIR).  The agreement was criticized for merely continuing talks with Arkansas and for not requiring firm action needed to meet Oklahoma’s water quality standards for the Illinois River, primarily the instream phosphorus limit adopted by Oklahoma in 2002. 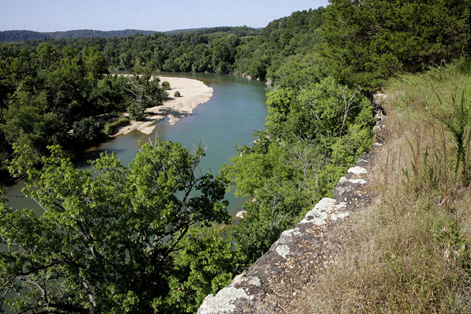